Pop Life Global and China’s Imperial Palace have joined forces with Warner Bros. DC to launch a raft of collectable figurines designed to highlight Chinese culture and heritage.
The latest collectables are just part of what the partnership has called it Creativity and Historical Culture collection, that will span art toys, apparel, homewares, accessories and other merchandise.
This innovative new initiative places the likes of Batman, Superman, Robin, Wonder Woman and Aquaman at the heart of Chinese culture. It arrives off the back of DC’s biggest year at the box office in China, with feature like Wonder Woman and Aquaman still resonating with fans in the region today.
These figures pay homage to the ancient Chinese warriors and soldier armors inspired by the museum collections from the Imperial Palace archives. The Imperial Palace, under the charge of the Palace Museum, is the palatial heart of China. Constructed in 1420 during the early Ming Dynasty, it is China’s best-preserved palace, and the largest ancient palatial structure in the world.
Meanwhile, Pop Life Global is synonymous with telling powerful stories, creating memorable characters, providing engaging consumer experiences, and developing merchandise at the forefront of pop culture. 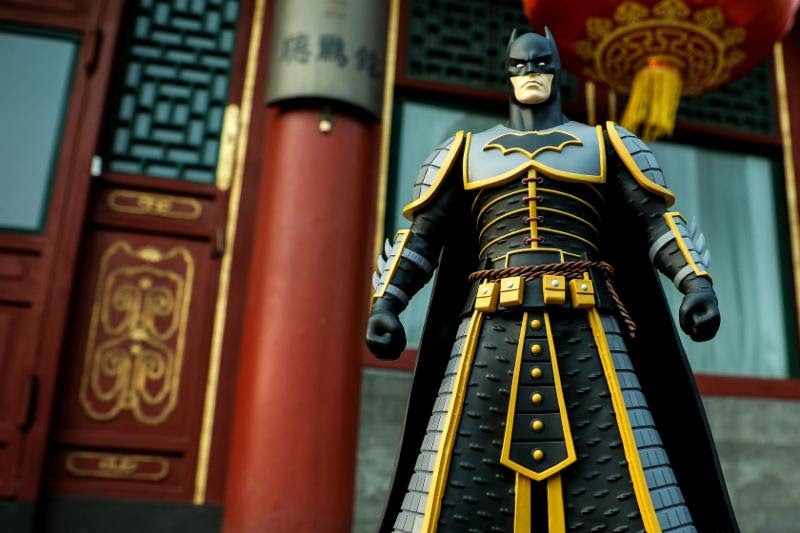 Guenther Hake, CEO of Pop Life Global, said: “The deeply-rooted culture of creativity in our company is the foundation of our success and lies at the core of everything we do. This spirit of creativity inspires our collaborations with the world’s leading artists, leading entertainment brands like DC from Warner Media, and iconic heritage places like the Imperial Palace.
“With these products, we want to inspire young people in China to stay connected with the beautiful cultural assets the Imperial Palace is managing. Equally important, our mission is to bring China’s rich cultural heritage to a new generation by being at the forefront of creativity and innovative designs, based on and inspired by the Imperial Palace’s art and treasures.”
Beijing Imperial Court Cultural Development Company LTD is an affiliate of the Palace Museum and is devoted to the development and manufacture of Chinese royal artistic works to promote the Chinese royal culture by combining with modern arts.
The company strives to bring the rich and splendid Chinese culture to the world with the gifted talents from both home and abroad.
Share

Robert Hutchins is the editor of Licensing.biz and ToyNews. Hutchins has worked his way up from Staff Writer to the position of Editor across the two titles, having spent almost eight years with both ToyNews and Licensing.biz, and what now seems like a lifetime surrounded by toys. You can contact him by emailing robert.hutchins@bizmedia.co.uk or calling him on 0203 143 8780 You can even follow him on Twitter @RobGHutchins if ranting is your thing...
@@RobGHutchins
Previous Hasbro unveils its Moon and Me toy line
Next Electric Rhubarb is the new fine fragrance from RHS and Floral Street

US consumers spent $56.9 billion on gaming in 2020 according to NPD latest

The popular action anime, Baki is on the path to grow its licensing activity across …